Here's another weird one. In Choi-Yong we see an outward W-shape block performed with the knifehand.

The full set is:

If you interpret these movements as "blocks" you run into absurdities. So let's take a deeper look at what may be going on.
First we can use the two palm pressing blocks as an arm drag, demonstrated by karate culture in the image below. The first palm pressing block sets up the drag, then use the second block to pull the opponent's triceps (downward palm) while stepping forward.
This places you behind the opponent, so turn 180-degrees (like in the form) to get their back. Overhook their left arm (the one you dragged) with your left arm and reach around their neck with your right arm. Execute the W-shape block, stretching out your opponent's neck while tightly holding their arm.
Finding an image of this exact technique proved difficult, so try to fit the below two together: 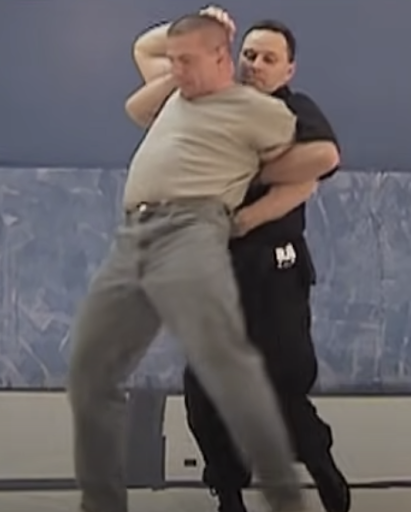 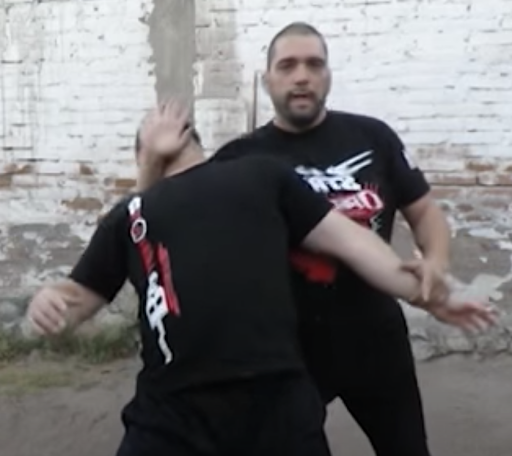 Like the top image, we can overhook their left arm and place pressure on their rear shoulder. (This is sometimes called a "bar arm", distinct from an "arm bar".) And like the bottom image, we can push out the opponent's jaw with our right knifehand. In practice, substitute whatever rear control technique you feel comfortable with.
Next, front kick the opponent's groin. This could also be a knee strike to the tailbone. The first time we perform this technique, we land backwards into a forearm guarding block (Step 25). This is useful if the opponent's arm drops behind them. We hold their arm behind them with both fists, creating a hammerlock.